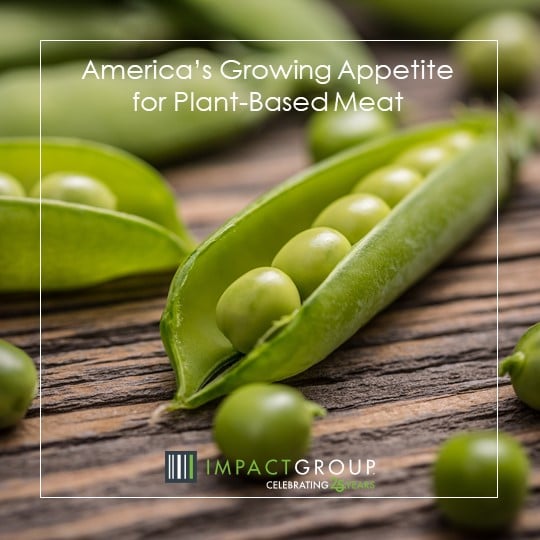 How do you like your plant-based burger cooked? Sounds odd, but backyard barbecues devoid of animal protein may be the future for consumers interested in a meat-free, environmentally friendly way to enjoy a Sunday afternoon cookout. While meat substitutes like veggie burgers and tofu are nothing new, several innovative companies are on track to disrupt the global meat market by rebuilding America’s staple protein from the ground up.

Engineering alternative meat may sound like science fiction, but with progressive companies like Impossible Foods entering the fold, it’s now a growing reality. Using sophisticated methods to analyze taste, smell, and texture, the California-based operation is working to further develop its Impossible Burger to a point that makes it virtually indistinguishable from a real ground-beef patty. Perhaps most intriguing is Impossible Food’s mass-production of heme, a plant-based iron-containing molecule that resembles blood and gives the finished product its juicy resemblance to real beef.

Lightlife Food’s plant-based burger delivers a pea-protein based meat option free of GMOs, gluten, soy, and artificial flavors. The burger provides 20 grams of protein and zero grams of cholesterol, complementing the brand’s other plant-based products, including bratwurst, Italian sausage and ground. “With 40 years of leadership in plant-based food innovation, we understand taste is a priority for all consumers,” says Dan Curtin, President of Lightlife Foods.

Field Roast, based out of Seattle, uses grains, vegetables and spices to create its products, which include a variety of sausages, deli slices, roasts, burger patties and more. The FieldBurger, for example, is comprised primarily from barley, carrots, celery, garlic and onion. The company takes plant-based meal prep one step further, catering to consumers with their own cookbook, Field Roast: 101 Artisan Vegan Meat Recipes to Cook, Share and Savor.

Beyond Meat, which went public earlier this spring, is also challenging the way consumers view faux meat. Using the four building blocks of meat (protein, fat, trace minerals, and water), Beyond Meat is on a mission to deliver a sustainable meat option from pea protein that strongly mimics the look, feel, and taste of traditional meat without the animal or environmental impact; according to Beyond Meat, a single Beyond Burger uses 99% less water, 93% less land, 46% less energy and generates 90% fewer greenhouse gases than a traditional beef burger; compelling figures for environmentally conscious consumers.

Nestlé’s Sweet Earth brand plans to launch its plant-based Awesome Burger in the U.S. this fall. Tyson, is jumping on the growing trend as well, with plans to release their own line of animal-free products this summer.

The plant-based meat trend isn’t stopping at your local grocer. Field Roast recently partnered with Elysian Brewing to create the “ultimate vegan beer brat” to be debuted at the world’s largest brat festival, and brands like Impossible Foods and Beyond Meat are now available menu items at various fast food chains and restaurants. You can order a sandwich stuffed with an Impossible Burger at White Castle, Burger King, and Red Robin, or request Impossible Food’s meat as a crumbled pizza topping at Little Caesar’s. Beyond Meat’s burger can be ordered on a bun at Carl’s Jr. or served as a ground beef replacement at Del Taco.

Whether consumers are seeking alternative meats to reduce animal products from their diets or to promote sustainability, the future of plant-based meat is bright. According to Nielsen data, plant-based meat sales climbed 17% in the past year to over $3.7 billion. As a byproduct, the massive interest in alternative meat has attracted numerous wealthy investors. According to a report from The Good Food Institute, investors have put more than $16 billion into U.S. plant-based and cell-based meat companies in the past 10 years.

America’s appetite for alternative protein is growing, and with it, a handful of future-focused companies determined to redefine how we think about meat.